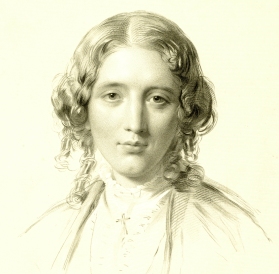 On March 17, 1861, Mrs. Virginia G. Cowdin of Liberty, Mississippi, a novelist and composer, sent a copy of her recent book, Ellen; Or, the Fanatic’s Daughter, to President Jefferson Davis. She wrote the book, as she explained in an accompanying letter, “to enlightin [sic] the deluded multitude of fanatics” and to “prove the superior condition” of slaves over northern laborers.[1] She encouraged President Davis to promote it. It is not known whether Davis read the book. Promoting it could not have been high on his list of priorities at the time. He was then in the absorbed by the tasks of setting up an army and a Confederate government in Montgomery.[2] In Charleston harbor guns were trained on Fort Sumter. The time for rhetoric and “enlightenment” was past. The Civil War rendered the efforts of Mrs. Cowdin, and numerous writers like her, pointless.

The war brought an end to a genre of writing known as “anti-Tom” novels, authored almost exclusively by southerners, male and female, in response to Harriet Beecher Stowe’s Uncle Tom’s Cabin. Stowe published the first installment of her work in The National Era, a Washington D.C. abolitionist newspaper, on June 5, 1851. Reactions, positive and negative from North and South, were immediate and highly emotional. The southern backlash dramatically increased following the release of Uncle Tom in book form in March 1852. The “mania of Uncle Tom’s Cabin-ism,” as it was called in a Little Rock newspaper, showed itself in a flurry of heated book reviews across the nation. Students at the University of Virginia in Charlottesville organized burnings of Stowe’s book. In Maryland, a free black man found with a copy of Uncle Tom’s Cabin and other abolitionist material in his possession was sentenced to 10 years in prison. Stowe received a stream of threatening letters. One southerner sent her the severed ear of one of his slaves.[3]

The first of the anti-Tom novels appeared just two months after Uncle Tom’s Cabin was published as a book. Over the next year and a half, 14 more would follow. By the end of the decade, Stowe’s opponents had written nearly three dozen anti-Tom novels.[4] “Evidently,” an antislavery contributor to The Independent wrote in 1852, “Mrs. Stowe has founded a new ‘school’ in literature, of which no one can foresee the end…”[5] Another commentator took a more materialistic view, “As soon as the monetary success of ‘Uncle Tom’ was proclaimed through the newspapers, out came ‘Aunt Phillis’s Cabin,’ and ‘Aunt Judy’s Pig Pen,’ and ‘Daddy’s Nat Barn,’ and goodness knows what else, in the shape of Southern stories. ‘Mrs. Stowe has made $10,000 or $20,000,’ says some budding literary lady or gentleman, ‘and why can’t I?’”[6]

Some of the anti-Tom authors may have been motivated primarily by profit, however many were deeply earnest in their desire to refute Stowe. To these novelists, Uncle Tom’s Cabin represented an attack on southern society and a profound insult to their way of life. The responses took a variety of forms but all defended slavery as a positive good, offered rationales for racism, and pointed to the hypocrisy of northerners and the flaws of northern society.

Take, for example, two anti-Tom novels, one written at the beginning of the trend and another at the very close. Aunt Phillis’s Cabin; Or, Southern Life as It Is by Mary Henderson Eastman was among the first of the genre published in May 1852 and the best-selling.[7] Set mainly in the South, it represents a defense of southern culture, depicting a serene, paternalistic society in which slave owners are benevolent and slaves are content and well cared for. Ellen; Or, The Fanatic’s Daughter by Virginia C. Cowdin, was one of the last of the anti-Tom novels, published in 1860. Set almost entirely in the North, it represents a bitter counterattack on northern society, demonizing abolitionists and emphasizing the desperate poverty endured by the lower classes in New York City.

Eastman’s publisher announced the release of her work during the summer of 1852 in advertisements printed across the country. The header proclaimed, “The South Perfectly Safe.” The reader, as promised in the advertisement, “will find in Aunt Phillis’s Cabin not the distorted picture of an interested painter, but the faithful transcript of a Daguerreotypist…The author does not come before the public as the apologist of slavery but with the earnest desire to represent it as it is.”[8]

Mary Henderson Eastman was thirty-four years old at the time of publication, she was, as she announced in her introduction to Aunt Phillis, a descendant of one of the First Families of Virginia. Her father was an army surgeon and in 1835, when he travelled to West Point to serve as an instructor, Mary went with him. There she met Lieutenant Seth Eastman, an instructor in drawing from Brunswick, Maine. The two were married that year at West Point. In 1841, Eastman was promoted to captain and placed in command of Fort Snelling in Minnesota Territory. Mary accompanied him and lived on the frontier among the Dakota Sioux from 1841 to 1848.[9] Eastman had been stationed at Fort Snelling before back in 1830 and had fathered a child with a Dakota woman. Mary Eastman met both the mother and her husband’s daughter when she arrived at Fort Snelling.[10]

During her years at Fort Snelling, Mary Eastman devoted much of her time to studying the Dakota people and learning their folklore. This resulted in her first book, Dahcotah; or, Life and Legends of the Sioux Around Fort Snelling. In her introduction to this work, Eastman made a lengthy, emotional plea, “to excite attention to the moral wants of the Dahcotahs”—particularly the women who were, she insisted, ill-treated by both Dakota and white males.[11] Ironically, her appeal bears some similarities to Stowe’s case for the slave in Uncle Tom’s Cabin. It is curious that Eastman could advocate for the advancement of one group in her first book and then for the oppression of another in her second. How she might have reconciled this contradiction is unclear.

In 1851, the Eastmans were living in Washington, D.C. and it was there, shortly after Uncle Tom’s Cabin was released serially, that Mary Easton wrote Aunt Phillis’s Cabin. Set mainly in Virginia, the book centers on the Weston family and their happy life on Weston’s plantation, Exeter. The book has little plot and consists mainly of lengthy conversations which allow Eastman to put forth her arguments. Eastman’s response to Stowe and her defense of the southern way of life hinges on a depiction of a happy and tranquil society in which the racial hierarchy ordained, she argues, by God is maintained through a careful equilibrium between “generous” masters and “content” slaves. So long as both groups responsibly fulfill their roles, southern society will remain something akin to a peaceful utopia, vastly superior to life in the North.

Virginia G. Cowdin, in her book Ellen, employs an entirely different strategy in responding to the Stowe. Far less is known about Cowdin’s life. As noted above, her surviving letter to President Jefferson Davis places her in Liberty, Mississippi in 1861. Music historian Candace Bailey noted that Cowdin, in addition to being a novelist, composed a number of popular songs prior to and during the Civil War. Bailey’s research, based on census records, also shows Cowdin’s residence as Liberty, Mississippi. Born in Virginia, she was thirty-six years old in 1860. In 1845, she married a physician, Thomas G. Cowdin of New York.[12]

Virginia Cowdin made her attack on Stowe’s work personal by crafting the villain of her novel after Stowe’s brother, abolitionist minister Henry Ward Beecher (1813-1887)

Mary Danville Layton is the main character through the majority of Cowdin’s book. Adopted by a kindly Louisiana plantation owner, she meets a stranger from New York, Horace Layton, and they are soon married. Horace conceals the fact that he is a “fanatic” and under the sway of a demonical northern abolitionist demagogue styled after Henry Ward Beecher. Horace moves back to rural New York, which seems to be perpetually cold and snowy, with Mary and their two children, Charlie and Ellen. The downward spiral accelerates with the tragic death of young Charlie, then Horace. Mary then has no choice but to move to New York City where she and daughter Ellen find themselves struggling to survive, living amidst masses of the most dejected, cruel, hopelessly poor, both white and black. There is a happy ending eventually with Ellen’s return to the South thanks to her proverbial knight in shining armor, a southerner named Malcolm Sterling.

While the plot of Ellen might be trite, the tone is deadly serious. Where Eastman’s is a pleasant depiction of the serene South, Cowdin’s book is alarmist, grim, and sends a dire message regarding dangers facing southerners. She paints a radical portrait of abolitionists, very different from the misguided, meddlesome buffoons of Eastman’s book. Cowdin wrote, after all, just a year after John Brown’s Raid and the general southern perception of abolitionists shifted. Cowdin’s abolitionists not only present a threat to the southern way of life, but also mean to do real physical harm to southerners. Her Dickensian portrayal of New York City exposes a society, in her view, riddled with immorality and hypocrisy.

To writers of anti-Tom there was a sensible logic to these arguments, a set of values and beliefs central to their southern way of life that must be defended. Harriet Beecher Stowe, in their view, had either misunderstood or, worse, was smearing their southern values and the insult demanded a response. From our 21st century perspective, the arguments utilized by Eastman and Cowdin are, to say the least, deeply troubling due to their racism and sexism. The writers of the anti-Tom novels attempted to rationalize the unthinkable.

I am a historian of the Civil War Era, author, and PhD candidate END_OF_DOCUMENT_TOKEN_TO_BE_REPLACED
This entry was posted on Saturday, May 21st, 2016 at 8:18 am and tagged with American Civil War, Fort Snelling, Harriet Beecher Stowe, History, Mary Henderson Eastman, U.S. History, Uncle Tom's Cabin, Virginia Cowdin and posted in Antislavery. You can follow any responses to this entry through the RSS 2.0 feed.
« Governor John Andrew and Abraham Lincoln
Launching the “Hope,” South Shore’s largest Ship »